Right now and for the past 8 trillion years, Religion has been considered a very controversial topic. Humans were created with the ability to argue and argue and fight and argue with no foreseeable end it seems and we want to put an end to it.

Instead of talking about that we decided to look at the pug. A short snouted dog, Capable of taking down alligators and licking itself in church with a total disregard for people that may be offended.
We asked a pug what he thought to this problem that has been plaguing the modern world for too long. You may be thinking, How can we ask a pug? Well luckily for you the gods on our team are skilled enough that through the means of media connotation we can tell exactly what the pug is thinking.

When asked “What are your thoughts on religion and religious matters?” The pug subsequently licked his leg and barked at a plant pot containing a Peace Lilly with a used napkin thrown ontop.

Translated, this powerful messaged states that religion is subjective and war isn’t necessary for all religious goals to be achieved. In fact if we share our resources rather than leave it to grow into false hope of sustainability our nations can unite as one.

The pug then fell asleep in a puddle of drool, as a philosopher deserves 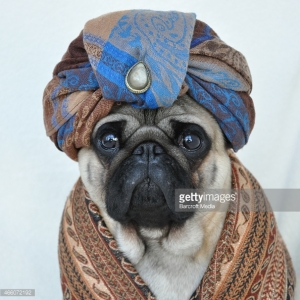